For Those About To Lead – We Salute You (Part Two) 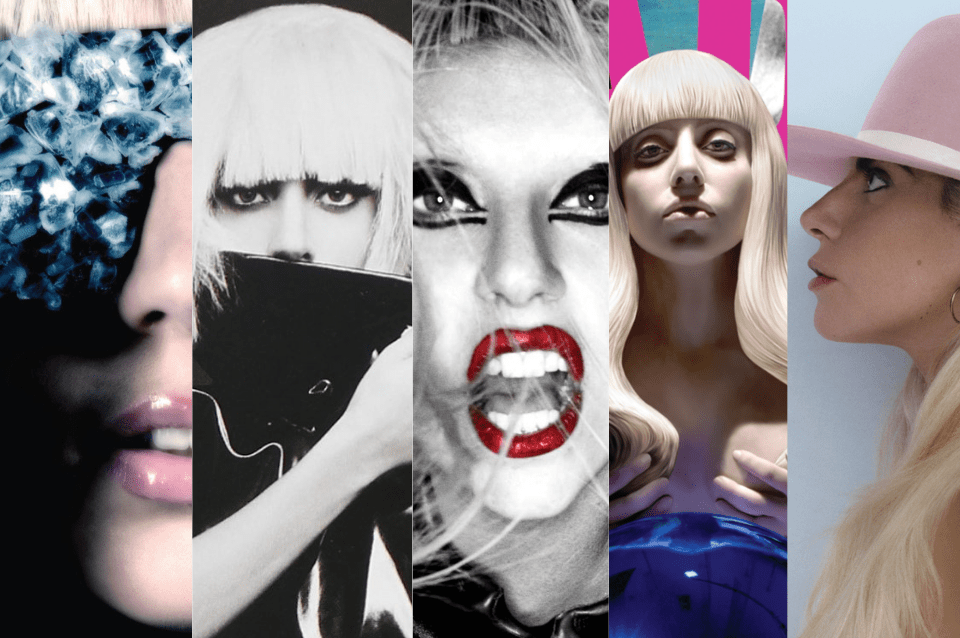 This blog series examines some universal qualities / traits of successful leadership, and pays respect to admirable leaders who exemplify on these fronts; there is something to learn from all of them.

Part two of the blog series is focussed on the highly desirable leadership quality / trait of authenticity.

Bill George is the author of a number of excellent books including, True North and Authentic Leadership; consequently, he is highly regarded as an expert on authenticity. 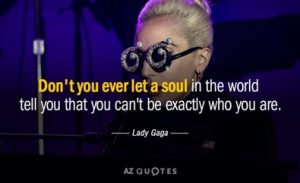 The headline picture of this blog above displays just some of the many faces / masks of Lady Gaga.

A surface level understanding of authenticity may lead some to question how Lada Gaga could be an authentic leader when she constantly changes her appearance, wears masks to disguise her real self and rarely uses her birth name of Stefani Germanotta?

However, with a deeper understanding of authenticity, as provided from Bill George’s five elements, it is clearly evident that Lady Gaga exemplifies the qualities / traits associated with true authentic leadership.

Lady Gaga has made it her purpose to help others rejoice in their individuality and not to feel like outcasts. She purposefully connects people who feel different, people who were disconnected; she provides them with a connection, a tribe and most importantly, a courageous leader with who they can relate.

Even before becoming famous, Lady Gaga enshrined the value that everyone was created equal and therefore all should be treated with love and respect. She is unapologetically devoted to her core values; uniqueness should be celebrated through inclusiveness. This is exactly why her often changing appearance is not an example of in-authenticity, but actually something quite the opposite; it is a strong representation of her core values.

The Born this Way Foundation that was founded in 2012 by Lady Gaga and her Mum perfectly demonstrates her caring nature. The foundation is committed to supporting the wellness of young people and empowering them to create a kinder and braver world; enough said!

Lady Gaga has a real human relationship with her followers known as Little Monsters; she builds trust and rapport by focussing on personal communication and delivering tangible benefits for her fans. For instance, she sends personal messages to her fans consistently and even provides them with pizza and water whilst standing in line at her concerts.

Lady Gaga started playing piano at the age of four and most likely has not stopped relentless practice and disciplined rehearsal since. Her acceptance speech at the Academy Awards provided a significant insight on this front.
“I’ve worked hard for a long time, and it’s not about… winning. But what it’s about is not giving up. If you have a dream, fight for it. There’s a discipline for passion. And it’s not about how many times you get rejected, or you fall down, or you’re beaten up. It’s about how many times you stand up and are brave and you keep on going.” 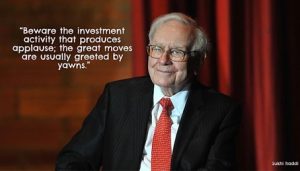 Known as the “Oracle of Omaha”, Warren Buffett is one of the most successful investors and businessmen of all time.

Based on Bill George’s five key elements of authenticity including, purpose, values, heart relationships and self-discipline; he is also an extremely authentic leader.

Warren Buffett has never been abashed about his pursuit of wealth; however, he does view wealth as a tool to enable other purposes as opposed to simply as an end unto itself. For instance, he refers to creating value for ‘stakeholders’ rather than just ‘shareholders’. Stakeholders encompasses not only investors, but also his employees and the community in which he does business where he endeavours to improve their quality of life.

Warren Buffett has maintained the same investment principles or values for around 35 years. These values generally focus on long term fundamentals and investing in good companies that make good products. His approach to investing does polarise some in the financial industry that seek to create wealth quickly for the sake of wealth. His approach exemplifies a values-driven leader who is courageous enough to swim against the tide in order to stay true to his core values.

In 2006, he famously made a commitment to gradually give away all of his Berkshire Hathaway stock to philanthropic foundations; approximately 99% of his wealth will go to philanthropy. Buffet once stated, “I’ve worked in an economy that rewards someone who saves the lives of others on a battlefield with a medal, rewards a great teacher with thank-you notes from parents, but rewards those who can detect the mispricing of securities with sums reaching into the billions. In short, fate’s distribution of long straws is wildly capricious”.

Turing 90 this year, Buffett has certainly become more reflective on the important key relationships in his life. He has stated, “When you’re nearing your end of life, your only measure of success should be the number of people you want to have love you actually do love you”. He is also renowned for placing a large amount of trust in those who run his companies.

Warren Buffett is extremely self-disciplined, both in terms of his approach to investing and his personal life; he is often referred to as frugal. Despite his wealth, he still owns the Omaha home he bought in the 1950’s, drives himself to work and his favourite restaurant is a very modest local steakhouse called Gorat’s.

Part three of this blog series will focus on the highly desirable leadership quality / trait of vulnerability.