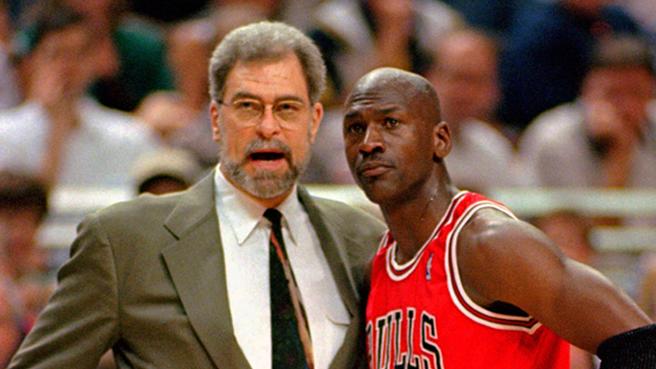 “Be Like Mike” was a Gatorade commercial featuring basketball player Michael Jordan. It originally aired in 1992.

I was 12 years of age, and every kid with any interest in basketball or sport, all wanted to be just like Michael Jordan.

The recent Netflix documentary, The Last Dance, has brought back memories of this famous advertisement. It has also been fascinating to watch from a leadership perspective.

Michael Jordan was a freak athlete. No more needs to be said on this front.

He was also a successful leader based on his specific style. A style that could push other players around him to give more. To be more “Like Mike”. The challenge was that no other player was ever going to be “Like Mike”. Hence this leadership style probably had its limitations.

It was coach Phil Jackson who balanced Jordan’s leadership limitations. He got the best out of Jordan from a team perspective; something he was probably not capable of achieving himself.

He convinced the star player that he would never win titles on the back of his freakish ability alone. He had to learn to share responsibilities with team mates. Let them do thigs their way at times, for the betterment of the team performance.

Jackson led the team at Chicago to six NBA titles. He managed to influence the strong-willed Jordan, keep a disillusioned Scottie Pippen engaged and embrace the eccentric Dennis Rodman. While they were all on the same team, and moving in a common direction.

To prove his exceptional leadership and coaching skills, Jackson then went to Los Angeles and won five more NBA titles with the Lakers. Once again, he managed to get two-star players moving in a team direction. These players being Shaquille O’Neal and the late Kobe Bryant.

In hindsight, I wished at a young age that someone had taught me more about real leadership.

It never would have been as “pretty”, but it has proven to have been “pretty effective”.

Upon reflection, are you leading like a star player? Or a star team player?

Below are Phil Jackson’s 11 principles for leadership taken from his 2014 book Eleven Rings: The Soul of Success.

These may assist in fine tuning your leadership capabilities.

1. Lead from the inside out

The more I spoke from the heart, the more players could hear me and benefit from what I gleaned.

The more I tried to exert power directly, the less powerful I became. I learned to dial back my ego.

3. Let each player discover their own destiny

I’ve always been interested in getting players to think for themselves so that they can make difficult decisions in the heat of battle.

4. The road to freedom is a beautiful system

I offered each player a vital role to play as well as a high level of creativity within a clear, well-defined structure.

5. Turn the mundane into the sacred

When I had the players sit in silence, breathing together in synch, it helped align them on a non-verbal level far more effectively than words.

7. The key to success is compassion

A few kind, thoughtful words can have a strong transformative effect on relationships …

8. Keep your eye on the spirit, not on the scoreboard

Most coaches get tied up in knots worrying about tactics. I preferred to focus my attention on whether the players were moving together in a spirited way.

9. Sometimes you have to pull out the big stick

I want to prepare them for the inevitable chaos that occurs the minute they step on to a basketball court.

I subscribe to the philosophy of the late Satchel Paige: “Sometimes I sits and thinks, and sometimes I just sits.”

I know that being fixated on winning (or more likely, not losing) is counter-productive, especially when it causes you to lose control of your emotions.

Adapted from Simon McLoughlin’s article in The Australian. MJ legendary, but it’s all about the coach. 2nd May 2020.